Transcendental orgasms: when working with the word “transcendence” it is a bit difficult to give scientific evidence and gain credit from the academic community. Especially when it comes to sexuality. But there are already some works with worldwide support, which corroborate all that we have already lived empirically in Tantra Yoga LAB, as therapists and facilitators of courses on sexuality and tantra.

In 1995 an American researcher named Patricia Taylor created the term “expanded orgasm” that used it in her research on intense sexual experiences in 44 couples from various backgrounds and in a didactic video she produced in 1998.

But do you know what she found interesting?

Dr. Taylor described in her reports practitioners entering altered states of consciousness. Experiences that brought them deep release and emotional rejuvenation. In addition they lived deep spiritual experiences, with a consciousness that is not usually perceived during the common orgasms. They had the realization that the energy was expanding beyond the limits of the body itself.
Full body orgasms and psychic health

Wilhelm Reich, a physician and great researcher on body therapy, in his renowned book “The Function of Orgasm” describes interesting things. His healthiest patients reported experiencing full-body orgasms,
with spasms especially presented in the lower abdomen, internal muscles, hands and feet, and of course, in the genitals.
They were orgasms in which people reported muscle spasms all over the body. Then they reported an intense and extremely salutary energetic release. They were, physically, very similar to those described by Dr. Taylor.
Transcendental orgasms and the oceanic experience

So Osho, a Tantric spiritual leader of the 18th century. XX, alludes to an experience of transcendence called “ocean experience”. This would be similar to “the experience of a drop of water falling into the sea.” While it is “drop”, its boundaries are very well defined, delimited. But when it meets the ocean, it loses its limits, it ceases to be a mere drop to become the entire ocean. Hence the term “oceanic experience”.

In addition, neuroscientists have realized that both the practice of deep meditation and quality orgasms act on specific areas of the brain. Both produce sensations of boundary expansion, sensations of dissolution of the bodily limits.

Therefore it may be assumed that there is an intimate relationship between orgastic experience and the experience of transcendence, ego dissolution, and consciential expansion.

Transcendental orgasms are experienced by many of those who know Tantra Yoga LAB and have decided to try out a new sexuality. Sensations of deep emotional release and transcendence can happen. Just open up and start this journey. Here we work with techniques of meditation for couples, techniques of tantric massage and other varied techniques for reaching states of transcendence and liberation of the ego through sexuality.

If you want to start your development today, check out our online tantric massage and sexuality course or register and access our practical guide for couples.

In it there is a very simple exercise, but if well done, it can bring you great benefits in your loving relationship and already begin in the development of a new sexuality. 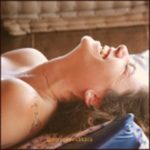 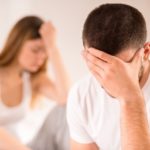 He’s too fast in bed! How can I help you? 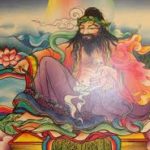 What is tantra? Tantra is a behavioral philosophy that has come to more than 5000 years. It flourished in a society where Pakistan and India are today. This philosophy explains how man relates to himself, to other human beings, to animals, and to nature. A relationship that is based on sensoriality (through the bodily senses). […] 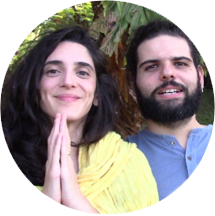